Who are the Scientists in the Museum of Science Lobby? 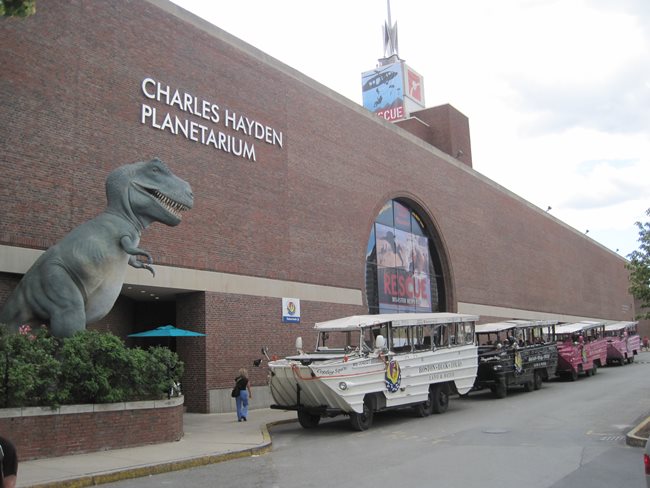 I grew up about an hour’s drive from Boston and didn’t visit it much until I came here for college. As a kid, I can only remember one trip into the big city, to visit the Museum of Science, Boston.

I’m sure you’ve been there, because it’s one of Boston’s most important landmarks and one of the best science museums in the world, fueled in part by nearby MIT and Harvard. Their amazing lobby is three stories tall, and has the names of great scientists on the walls. You can see them in the left border of this photo. Who are they? I’ve always wondered. So I took some photos, did some research, and even discovered a spelling mistake (missing letter, must have fallen) in the names! How did they choose these scientists? What about non-Europeans? More women? How would this list change today?

If you wanted to fill in that dead gap in the Dark Ages, I propose Alhazen, otherwise known as Ibn al-Haytham, who lived in Iraq and Egypt around the year 1010 and invented optics and wrote laws of motions including inertia and gravity, predating Newton! He has been called the first scientist for adapting the Ancient Greek techniques of studying nature, which were mostly thought experiments, and doing real experiments in the real world.