We The People Connects You to the Past (5 stars) 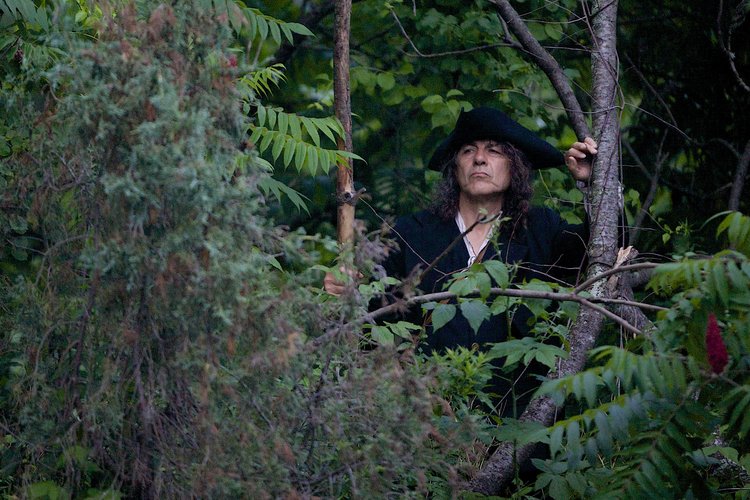 I would guess that no one has reviewed more outdoor theatre companies than Events
INSIDER, because it’s our main focus. There are some great venues, but my choice every year is Double Edge Theatre.

This time the show is not only staged on their real working farm in Ashfield, is Western Massachusetts. Ashfield is the topic of the show as well! They explore the history of the Berkshires and of the farm itself. Throughout the evening, you’ll walk to eight different outdoor venues and two indoor venues, meeting actors portraying people from the past. It’s educational, inspiring, and a wonderful night.

There’s great magic to walk under the dark sky, where the stars are fully in view. The production is full of special effects, including a real campfire, handing out mint leaves, and actors who wade through a real stream and paddle a boat on a real lake. Real cows from the farm bellow during the show. At one point a large bird flew in over the show, landed, flew again, and then just watched from the side, directly in front of the audience. Characters on ropes fly above, and I’m always delighted when I spot an actor hidden in the bushes, as though they might be everywhere, unseen, all around me.

Because you meet five characters, and there are 10 locations, there’s quite a bit of exposition in the play that was sometimes too much to take in. Just as you would read a synopsis before seeing Shakespeare, you might want to read in advance about Shay’s Rebellion and W. E. Dubois. There’s no time to get to know the characters deeply, and unlike the series of ghostly visits in A Christmas Carol, the stories of the people you meet don’t connect up into a plot or takeaway message. Instead the play is an illustration of how a seemingly small and middle-of-nowhere community has great roots that stem from the independent thinking of the people who lived there in the past.

My favorite scene came at the end where all 21 actors paraded across a hilltop singing like a silhouette and then came down amongst the audience. In the audience, you are included in the great music all night, as you clap, dance, and join the parade of characters. It all ends with a celebration at the end where you can speak with the actors and staff. Although you walk through the farm from place to place, there is ample seating.

At one point, the production split up the audience into smaller groups, a great innovation, and one that could be used to triple the size of a future audience and sell more tickets, bringing a third of them to each location in turn. Having some locations feature a single actor was sometimes awkward, because instead of the actors engaging with each other, they only had the audience to speak with, and we were a weak partner. Audiences are trained to hush up during theatre, and we weren’t sure what to say or do when for example, Lucy Stone seemed to expect something from us verbally. We let her down, I think, with our hesitancy. A warm up may have helped. Once I attended a burlesque and they simply explained at the beginning that the audience was permitted and even expected to hoot and holler.

While the production earns a hearty five stars for the courage of the production, the importance of the topic, and the open sky staging, the play lacks a clean takeaway. Instead the scene in the barn that brought all five characters together seemed surreal and repetitive. There’s no history of mime culture in New England, and lines like “History is a relationship of things in a continuum” seemed trite rather than deep. Because the play revolved around actors greeting the audience, in a casual and education setting, I was not left wanting to point out a specific acting performance, in this review, though kudos to the one who trudged all night on stilts in the far distance just to create a mysterious background.

Still, the pace was rapid and my attention never wandered. Don’t let these nitpicks downplay the event. Really there is nothing better on a summer’s evening in New England than visiting Double Edge for an original show that immerses you in wonder. If you could only see the hills, the forests, the water, the sculptures, the colorful costumes and sets! Better than fireworks, better than the beach, take the trek out to Western Massachusetts and feel some pride and connection to the past. Their entire season may be sold out, but if so, subscribe to their newsletter and get a jump on next year.

Another easy 5 stars for Double Edge, and I’m already looking forward to next year. See www.doubleedgetheatre.org.