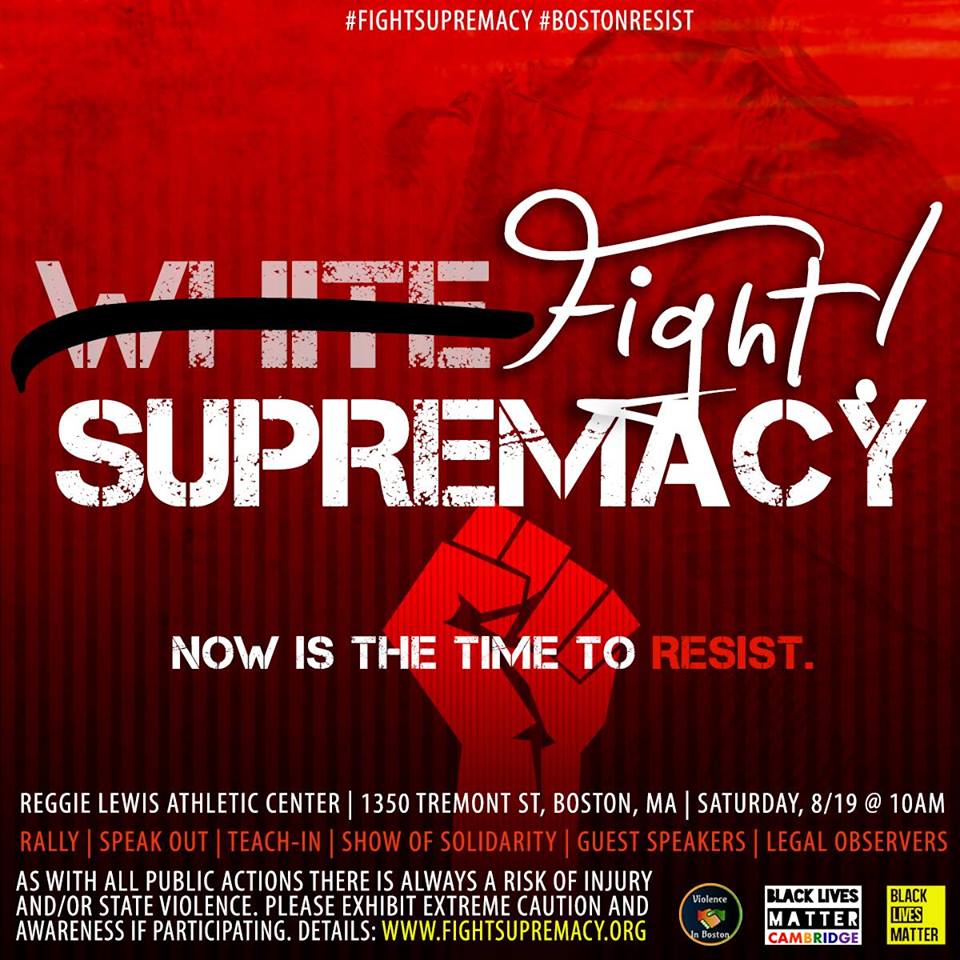 Do you wonder what you would have done if you had been alive during the Civil Rights Movement?

Come out to the Reggie Lewis Track and Athletic Center in Boston, tomorrow Saturday 10am!

[Please promote this event to your networks and donate at youcaring.com/fightsupremacy]

As we have seen with the events in Charlottesville and around the country, white nationalists are emboldened by the current political administration and growing police state. Rallies and marches organized by white supremacists are more prevalent than in recent years, and—as always—it is the most marginalized who are left vulnerable.

Walk with us as we march from the Reggie Lewis Track and Athletic Centerto Boston Common (1.9 miles) and Rally for Black Lives, LGBTQI Lives, Indigenous Lives, Palestinian Lives, Cape Verde Lives, Latinx Lives, Jewish Lives, and all who are marginalized! We will meet in front of the Reggie Lewis Athletic Center at 10am before marching to Boston Commons to demand justice and stand in defiance of white supremacy.