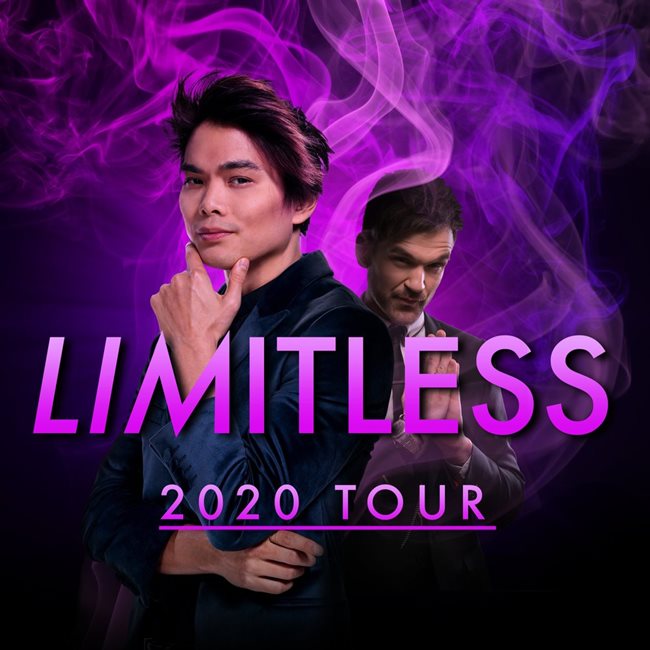 Shin Lim is the 2015 world FISM CHAMPION for close up card magic and is the winner of America’s Got Talent season 13. He performs carefully self-choreographed routines, combining dexterity, precision, and grace. He performs in Boston next month at the Chevalier Theatre, and kindly agreed to an interview.

Events INSIDER: You grew up partly in Acton, Massachusetts but now live in Las Vegas. What are your favorite memories of Boston?

Shin Lim: I remember when I first came to Boston. It was during the wintertime, my favorite season. My other favorite season was fall. The leaves were turning into so many colors, and I’d never seen anything like that in my entire life. I just found it fascinating, and still find it fascinating to this day. That’s one of the many reasons that I always love revisiting Boston. Of course all my family is there. But I love going back for the nature.

Events INSIDER: You’re known for your sleight-of-hand, for example card tricks. What have been the challenges for your close-up magic, since you’ve been performing in larger venues?

Shin Lim: It’s mostly about making connections with people. When you’re doing larger scale tricks, you’re just naturally more visible to the audience. With close-up magic, it’s like you’re shuffling cards on stage. So it’s hard to connect with the audience through that.

Shin Lim: I remember when I was first starting out, and with close-up magic you perform for a group of 30, 40, or 50 people max. So for me to do this on a large scale, that’s very ambitious!

Shin Lim: But I managed to find a way to accomplish it. A lot of it has to do with the theatre I perform in. For example, my theatre in Las Vegas carries 1,300 people, which may seem like a lot for close-up magic, but because of the way it’s structured, because of where the screen is, where we project video of the close-up tricks, it actually does not feel that far away. It feels like you’re pretty close.

Shin Lim: So when we look for venues, we try to look for these types of things, where it doesn’t feel like you’re too far from the performer, even if you’re sitting in the back. Another thing is how I’m playing to the camera rather than playing only to the audience. So people watching the screen can still feel like they’re connecting with me. Events INSIDER: Congratulations for winning a season of America’s Got Talent, and you appeared twice on Penn & Teller: Fool Us, where your performance fooled the master magicians both times. Do you have advice for aspiring performers?

Shin Lim: I’ve met so many magicians who just aren’t prepared to go to the next level. Let’s say they’re on AGT, they pass the first round, oh my God that’s amazing, then whoop they’ve got a second round. Then a third round, fourth round, fifth round, and even a sixth round. And they’re not prepared for these things.

Shin Lim: Have you seen a magician by the name of Will Tsai? He did an act, one of my favorite acts on AGT for magic. It was such an amazing act that everyone thought he was going to win. He got more views than any other video for AGT online. But then his second act was not well received and was very unrehearsed. It shows that just being prepared is really important. Events INSIDER: You’re Singaporean by heritage, a dual citizen in Canada and American. There’s clearly an underrepresentation of Asian-Americans in film and on television. Is that an issue for you? Do you have advice?

Shin Lim: I don’t think, a lot of people like to blame it on, Oh, the networks are racist. The people are racist, or whatever. You get a lot of that.

Shin Lim: I personally believe that’s just not true. I was an immigrant. I moved to the US. My parents barely had any money to survive. So, when you’re not wealthy and when you’re an immigrant, the last thing your parents want you to do is an art form, right?

Shin Lim: Because the saying, “starving artist”, rings true in Asian culture especially. If you’re going to decide to be an artist, you’re going to starve. And so, a lot of my Asian friends’ parents had the same view. The majority of Asians have this view about artists being starving, so you’re just naturally bound to not have Asians in the entertainment industry. There isn’t that much talent to go around. That’s why there are only one or two Asians who pop out, because they were rebellious, “I’m going to do acting!”

Events INSIDER: You’ve invented a lot of your own tricks, which not every magician does. What are you working on now?

Shin Lim: Something much, much larger scale. In fact, it will only be available to be seen in Las Vegas. I’m delving into a larger scale spectacle. It’s going to be the same style, but yet different: it’s not going to be cards or close-up magic. I think that’s going to be fun.