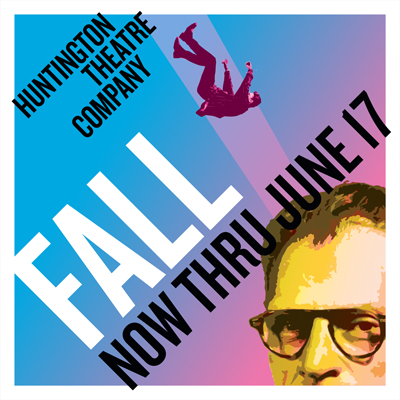 06/13/18 by Jacques Fleury
Boston Center for the Arts
Boston, MA

Juxtaposed with our current tumult of cultural absurdity, intellectual madness and social chaos, dissident writer and Pulitzer Prize winning playwright Arthur Miller has his own moral conundrum and it’s brought to the spotlight in the theatrical production “Fall”, playing at the Calderwood Pavilion at the Boston Center for the Arts from May 18th through June 17th,. The auspicious play was written by playwright Bernard Weinraub and directed by Peter Dubois.

Miller, who penned such ubiquitous tales as “Death of a Salesman”, “The Crucible” and “The Misfits”, which he wrote for his then ex-wife Marilyn Monroe, was considered the most fêted playwright of the 20th century and was purported to be the “moral conscience” of a nation but he had a secret: a son born with Down Syndrome whose existence he refused to acknowledge.

“Arthur Miller wrote many plays about the sins of a father visited on a son, and as a writer he provided a moral compass for a generation” writes artistic director Peter Dubois. It’s just ironic that although Miller penned the narrative of the oppressed, subjugated and marginalized “others” of society, he failed to be the voice of reason and compassion for his own oppressed, subjugated and marginalized disabled son, who himself was considered to be in the category of “other” or outsider if you will.

“Fall” is an emotional tour de force, effectively casted, meticulously directed and with minimalist set designs that are smart, simple and elegant; that which propelled the plot to an inexorable emotionally charged crescendo. Josh Stamberg gives a subdued, pensive, stoical, lovable yet powerful performance as Miller and Joanne Kelly delivered a nuanced, gregarious, quirky, comical yet guttural performance as Miller’s wife Inge and Nolan James Tierce was touching and endearing as Daniel Miller. This play puts forth the ideological paradox of the duality of man, that we are creatures of contradictions. On the one hand Miller, a literary hommes de lettres (a man of letters), portrays himself as morally upright in his public life; whereas he perpetrated a morally unjust act in his private life when he jettisoned his own son as he embarked on the echelons of the literary intelligentsia: which is the product of culture and ideology consisting of artists, teachers and writers whose political roles fluctuates between being a progressive or regressive influence upon the development of their societies. Miller succeeded at characterizing himself as progressive in his public life but was regressive in his private life and in doing so exposes a human frailty I can safely declare we can all relate to at one point or another in our lives. Our public façade of morality does not always align with our private practices, we don’t always practice what we preach.

In a glimpse of guilt or anguish over his morally regressive behavior, there is a point in the play where Miller builds a chair for his son. His wife besieges him to bring the chair to Daniel himself at the institution where he is receiving care, “YOU give him the chair…” she exclaimed and the implications of “the chair” was not loss on me as it is reminiscent of the “electric chair” given to death row inmates, hence the use of the chair is particularly affective.

The play itself can be perceived as a biographical palimpsest of Miller’s original autobiography in which he omitted or “deleted” Daniel Miller. It highlights Miller’s decision of omission and its ensuing ramifications. Daniel was an anathema to Miller, his greatest source of guilt and shame and he says to his wife, “Guilt is temporary, shame is permanent”; which gives the viewer an indication of the burden he must have carried over the years.

In “Fall”, playwright Bernard Weinraub offers Miller up to our scrutiny and perhaps judgement. Do we see ourselves in him or do we distance ourselves from him out of fear of confronting our own human failings? And when we judge him, we must give adequate awareness to what was considered “acceptable” at the time dealing with disabled persons, they had limited choices, staggering stigma and mistreatment. To judge Miller by today’s standards would render our judgement an anachronism in the time period in which Daniel was born, which was 1966. The play reminds us that we have come a long way in overcoming stigmatization and mistreatment of those afflicted with a disability. It proffers the opportunity for dialogue, compassion and understanding. Former president Theodore Roosevelt once said: “Do what you can, with what you have, where you are.” Perhaps Arthur Miller did just that but “Fall” posits the question, can we forgive him for it?

Jacques Fleury is the author of Sparks in the Dark: A Lighter Shade of Blue, A Poetic Memoir and It’s Always Sunrise Somewhere and Other Stories.

reprinted with permission of the author